Generate the Molecular formula of your oligonucleotide molecule. Go to the ``small molecule`` applications
Details

How to use Aom2s step by step

Check related concepts in our glossary

This tool can be either used in a LIMS or stand-alone. In the stand-alone mode you should either drag/drop your experimental spectrum as a tab-delimited text file or copy paste it (CTRL-V) while moving you mouse over the drop zone. The list of available spectra will be displayed in the table and you may click on one of them to display it.

Automatic Peak Picking and evolution of the resolution

Once the experimental spectrum is uploaded, aom2s automatically triggers peak picking and generates a list of experimental monoisotopic centroids. For succeeding calculations, the evolution of the resolution as a function of the m/z and the corresponding regression curve are used to adjust the peak width. Both calculations can be viewed in the Peak Picking Module. The data showed in the left represent the resolution (peak width) vs m/z in our Orbitrap Elite for the MS/MS of inosine RNA example available from List of experimental spectra.

As a next step, we need to check the Aom2s selector and define the main physical properties of target nucleotides such as its type, structure of terminal ends and sequence where we could add a known modification in brackets. The list of all abbreviations that can be used to indicate the common functional groups is found at the top right corner of the Settings window. Finally we need to specify the ionization method by indicating the expected adducts/charge carriers for the target molecule.

All other suspected groups with unknown localization (such as metals, variable modifications, small molecules adducts, etc…) can be additionally indicated in the Variable groups section, separated by a comma. You should end the list of groups by a dot (.) if you want to allow the test of absence of the listed groups (none of the possibilities). Aom2s will generate the molecular formula for all possible combinations between the selected fragments of a given sequence with the additional groups (at different positions) for all selected ways of ionization. In the aminoC6-DNA example, the group C8H14N2O was added, followed by a comma to test both options with and without this group.

The user can filter the obtained molecular formula in step 5 by different criteria such as the charge, the experimental m/z or the unsaturation. This option was not selected for any of our examples in the list of experimental spectra.

In order to improve the isotopic profile matching between theoretical and experimental data a few spectrum filters should be properly set here. First we have to set the experimental relative peak intensity threshold (typically between 0.01-0.1). Second, the authorized experimental mass error in ppm (typically <5 for Orbitrap) and third, the minimum similarity for peak matching should be set (typically between 70-80%). Check how Aom2s calculates Similarity here. Lastly, we have to decide if the monoisotopic mass has to be present in the spectrum and set the comparison zone which should be adjusted based on the complexity of the expected isotopic pattern.

Before running the Aom2s calculation, we can select any of the eight possible fragmentation sites along the phosphodiester chain in Fragments section. We could also select the most classical modified sequence fragmentation such as [a-B], water loss, CH2 loss and multiple base losses in Fragment losses section. Finally, internal cleavage sites can also be considered in Internal fragments section. For all kind of fragmentations, it is possible to select all the cleavages at the same time clicking the good mark square. The fragment nomenclature in defined by McLuckey here. Another useful review about oligonucleotide fragmentation by Gabelica et al here. Start the calculation by clicking calculate. The time needed for all fragmentations in both examples was a few seconds.

Once the initial calculation is over, Aom2s allows the user an additional post calibration step which could be performed to improve mass accuracy and, therefore, similarity scores of matched ions. In order to recalibrate the data, we need first to precise the minimum number of reference peaks with defined minimum similarity to be taken for the post calibration process within Peak similarity parameters window. Once defined, we click the calibrate and recalculate button and aom2s reprocess all the data in a few seconds. You can view the graph of errors (in Da) between found and expected after corrections and other details in the Peak picking and recalibration module at the top. Displayed graph of errors corresponds to r our aminoC6-DNA example.

It is important to notice that aom2s can calculate all the possible theoretical fragmentations for any DNA/RNA sequence without experimental matching, For that, we could start the procedure in the step 3 by selecting Aom2s, type of oligonucleotide, ionization and sequence. We can also add any given variable groups (Step 4) and use any of the molecular formula filters (Step 5). Finally we can select any or all the possible fragmentations (Step 7) and the sofware will generate automatically the theoretical clevages.

The first view is a summarizing table named List of fragments. It contains all the information about the identified fragment ions. You can see the type of fragmentation, the molecular formula and its ionization form. You can see as well the Molecular formula monoisotopic peak (without ionization) and the final monoisotopic mass including the charge. Another interesting values such as the ppm error, the relative abundace, the quantity, group and the similarity score are also included in this view. For any of the fragment ions, you can zoom and interact in the mass spectra view (Results 2). All the data presented in the table can be classified by any criterion with a simple click on the column header. You can also use the search bar in order to search faster an individual value or use it by range (go to glossary). You can also export the whole table as text file with Export Data button

Mass spectra window displays the experimental data (in red) overlaid with the theoretical matched fragments (in blue). Identified fragment ions are assigned and color-coded on the top with details (in gray). We can select a single fragment in the table view (Results 1) and it is going to be highlighted in this view (in yellow). It is possible to zoom in (left button), -zoom out (double left button) and show on the full screen (option bar at the top of the window) this window. The content of this window can be either printed or exported as SVG file (option bar). The aminoC6-DNA example after recalibration is shown in the figure (left).

The Info box window shows details for the table-selected ion such as its name, monoisotopic mass, nucleotide composition, charge and ionization adduct. We find as well the theoretical monoisotopic mass and the closest m/z experimental data. Below this window, the assigned quantity, the number of distinct fragments found and their percentage of the total intensity are shown. The total amount of theoretically possible fragments based on selected combinations are displayed as well.

The Similarity box window displays the matching of theoretical isotopic pattern to experimental spectrum for the selected fragment with differences in the intensity of isotopologues highlighted in yellow. You can check our concept of similarity here.

The Graphic box window is displayed in the Report module. In this module, you will find the same list of fragments table where we could check/uncheck the desired fragment ions that will be included in the graphic view. In the example, we selected just the sequence fragment ions with a similarity >90% for the inosine-RNA example. (w-x-y-z) fragment ions are in red whereas a-b-c-d are in blue.   Internal fragments are indicated as green bars (not shown here). Each fragment ion is also annotated with its nomenclature, charge and similarity in grey (<90%) or black (>90%). 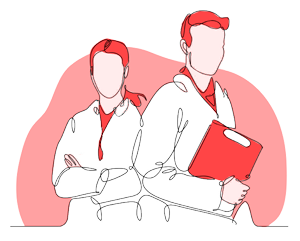 Do you want to share your results in this page?
The ISIC-EPFL MS team will be delighted to share your updates in ms.epfl.ch! If you want to describe your project using any of our free tools and share your results, you can publish a post describing the project & results and/or once published we could include in our mstoolbox references page. You can also share any of your learning materials contact us. In any case, If you want to be updated, follow us in twitter or linkedln.
Contact us!
Go to Top